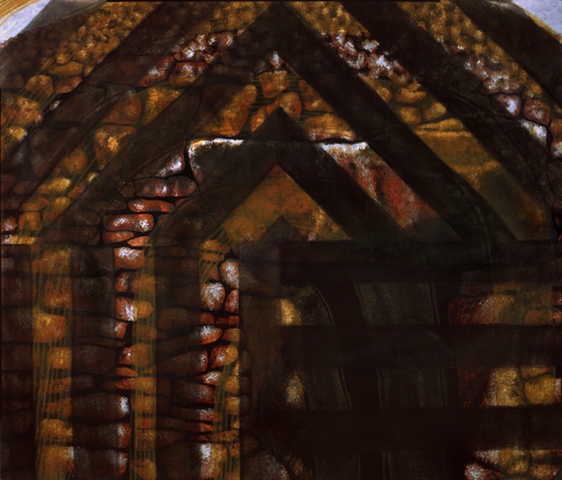 My artwork visually explores the association of humanity in a delicate balance with the natural world using symbolic images of trees, rocks and plowed earth.

This body of work is called associations. I began this series with the daily visual recording of natural and manufactured detritus that flows through my studio in association with images of growing and harvesting crops. The imagery grew to include the human form and I began to read about ancient religions. Through my readings I found that ancient pagan religions identified all things on earth as having a living spirit. This spirit was symbolized by a human form and given deity status. In this way humans gained a sense of safety through the belief they had control over the natural world.

The monoprints are images of land during times of stress due to severe weather. The colors of ink used in making these prints are colors that are found in the land; yellow ochre, ash black, bone white, sepia and cadmium red. The association of land and spirit is carried through in the color and imagery.